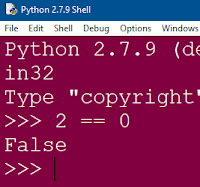 Back by popular demand! Ok, exactly two people asked me recently about the blog. As you can see (in the picture), scientifically proven and all that, TWO is NOT ZERO. So here I am.

Truth is, I have been nerding out a little lately. Kinda don't have a choice, so luckily it has become a bit fun at least. I may have mentioned that my job is completely different now, albeit with the same company. So, learning has been the theme for the past couple of weeks. Mostly I am embracing it.

My company as a whole wants us all to get AWS certified. That was the case even in my old position, but while I started it, there was rarely time to devote to it. Now, there is more time. And I'm slogging away at that.

The AWS training doesn't immediately help with my actual JOB, which I have been learning as well. And as you can see in the picture above, I have been learning Python at my manager's request. I am enjoying that task the most, having dug into it in my free time on Sunday (when I couldn't focus on AWS) and yesterday. Already it has paid off, as I was tasked with something yesterday in my job that can be done using Python. By the way, Python is named after Monty Python, not the snake. This is useful information!

That's my life mostly right now. Working to become relevant and stay useful in my job. There has been little job security for me in the past 5-6 years, and it has worn me down. At the moment though, my resiliency is higher and I am riding that wave as long as it will last. I have the sense that even when I struggle, I can pull myself together a little quicker than before. Hopefully, I have not just jinxed myself.

And what of gender, you might ask? I guess that's where the phrase "stuck in the middle with me" comes in. Yes, I will link to the Stealer's Wheel song at the end. WARNING: I'm posting the scene from Reservoir Dogs with the song, and it's slightly gruesome. Gosh, I was such a different person back in 1992. Not for the faint of heart.

Anyway, why am I saying "stuck in the middle"? I guess it's because these days, I have less inclination towards either of the binary genders. I find myself in the middle, or at least it FEELS like I am. As usual, I haven't really been anywhere and so the clothing choices tend towards "male slob" (my wardrobe needs "girl slob" clothes and an environment to wear them in). And yet, I do the feminine things I like at times. I wore feminine clothes on Sunday when I went running an errand by myself. I wear my earrings (just studs mostly). I shave my legs, that kinda thing. Right now I am wearing my grey cardigan for the first time in what seems like a year.

So, clearly, I am still myself, no real change there. The weird thing is that I expected to feel MORE inclined to these things after surgery, not less. I am a little bothered by the facial hair issue. Without the T-blockers, it grows faster. Orchiectomy doesn't slow that down at all and they don't tell you that beforehand. So, I deal with it. I shave more often. I have started to think about the removal of the hair on a more permanent basis. Luckily, body hair is still very slight, that IS a result of the surgery and the HRT meds before and presently, and that's a very good thing. I can't imagine being hairy like that ever again.

As for my activities, I am still seeking that elusive cheap-in-the-time-of-COVID hobby. It's not a huge focus, since most of my mental energies are going into learning for my career. I do some stuff that is from the past, like watching hockey, and some stuff from the present like watching old movies (Katharine Hepburn has been a focus lately; there was just something about her) and watching shows like The Good Doctor and This Is Us. I had to take a break from This Is Us when the job news came in December and I found myself upset because I couldn't be like Jack. I was then reminded, nobody could be like Jack. Anyway, I digress. I'm back to it.

I remind myself also that I don't have to stick to stereotypically feminine or masculine things to prove myself to anyone, including me. I do MY things. It's been a bit difficult to put into words (thus the reason there have been less frequent blogs) some of the thoughts and feelings as I live more of the life of me instead of him, even though I still look like him. Interacting with family and friends has taught me how little most people think in terms of gender. Which is good. None of us should ever think about gender. Gender is such a weird concept. I stop short of saying it's "stupid".

Gender helps people make sense of the world. It also causes great pain to those of us who have dysphoria over it. And maybe that's where I am right now. The general dysphoria is low. I have other issues to tackle and goals to accomplish. I am staying in the middle until I have the opportunity to express myself more openly. I don't feel in a hurry (but am not waiting!). I think it took writing this today to realize that, right now at least, being stuck in the middle with me isn't as negative a thing as it seemed when I started writing today. It's ok. I'm ok.

And now without further ado, some gratuitous violence set to a solid 1970s gold soundtrack. I'll catch you all later. 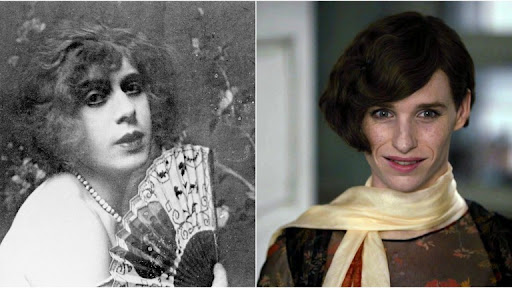